Sound no☆Prince-sama♪ (サウンドの☆プリンスさまっ♪) is an original soundtrack of the Uta no☆Prince-sama♪ games. Composed entirely by Elements Garden, it is the only CD where the DESTINY SONG and Welcome to UTA☆PRI world!! tracks can be found in. The latter was used as the opening and promotional song for Uta no☆Prince-sama♪ MUSIC. The CD was released on June 30, 2010. 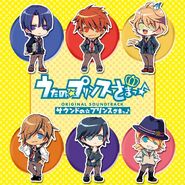 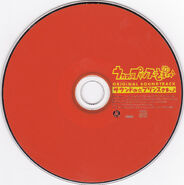 Retrieved from "https://utanoprincesama.fandom.com/wiki/Sound_no%E2%98%86Prince-sama%E2%99%AA?oldid=41895"
Community content is available under CC-BY-SA unless otherwise noted.